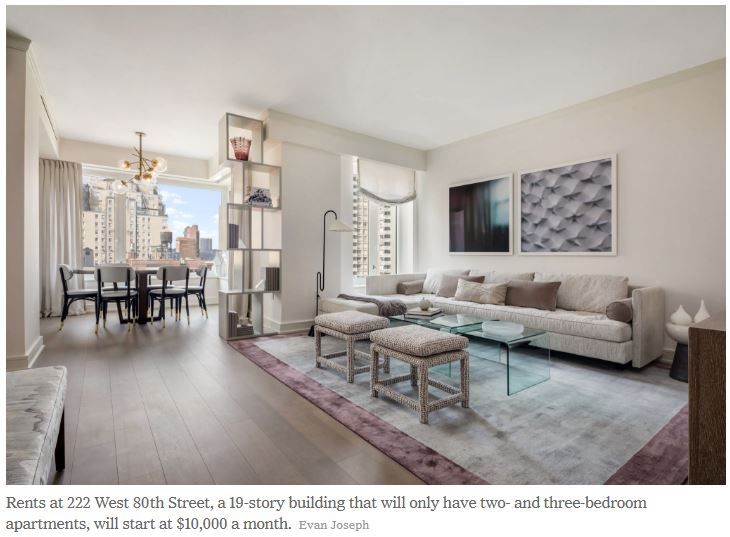 Upper West Siders, especially those in walk-ups or prewar buildings, might experience sticker shock over the asking rents in a new building that is rising on West 80th Street. The 19-story newcomer, nearing completion across Broadway from Zabar’s, has rents that start at — wait for it — $10,000 a month, and climb to $25,000.

And for all those stunned by those prices, there’s this: The building, developed by Rose Associates in partnership with Friedland Properties, is already 30 percent leased, despite still being in the “preview” stage, with brokers and prospective tenants checking it out on hard-hat tours. Some renters will move in this month.

“It’s a very specific slice of the market,” said Amy Rose, the chief executive and president of Rose Associates, during a recent walk-through with a reporter.

Designed by Stephen B. Jacobs Group, 222 W80, as the 72-unit building is called, does offer renters a lot for their money. All units in the building are sized for families, with either two or three bedrooms and at least two baths. 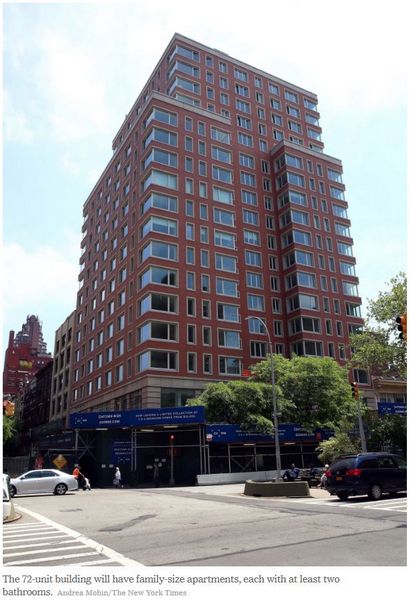 Not all apartments come with a crazy amount of square footage — a two-bedroom, two-bath seen on our tour was 1,320 square feet, for instance — but the units are designed to feel spacious, thanks to clever layouts, 9-foot ceilings and large windows.

Stephen Alton Architect is kitting them out with luxury finishes. The ranges are Viking, the refrigerators and dishwashers Miele. There are pantries in each kitchen, and safes in each walk-in master-bedroom closet.

“These are people who have a lot of things,” Ms. Rose said, pointing out the storage built into the island in the open kitchen in the 10th-floor apartment currently serving as a leasing office.

The building’s common amenities are what you would expect in a new luxury condo, or a rental building with considerably more units: a kids room and teen room, a gym, yoga studio and golf simulator. 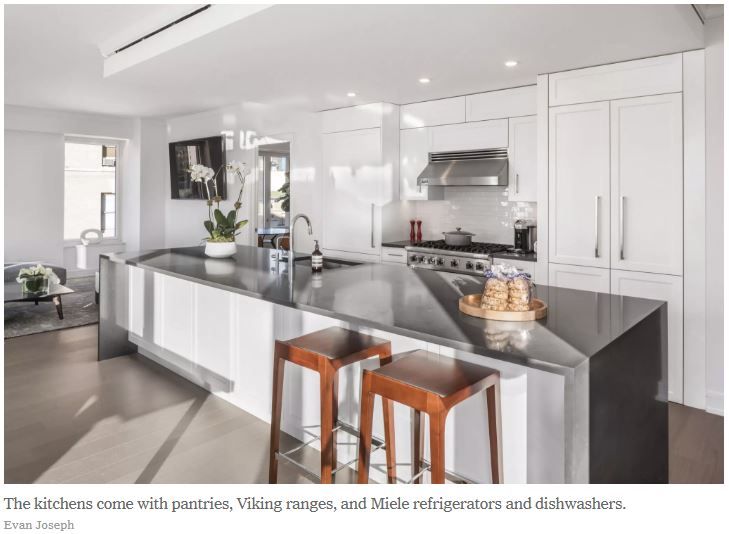 And these days what’s a luxury building without a rooftop terrace? This one boasts an enclosed lounge with a fireplace, bar and kitchenette, surrounded by outdoor chaises, grills and cabanas with TVs.

From the roof, you can see south to the Ansonia, north to the George Washington Bridge and west to the Hudson River.

But those buildings also have studio and one-bedroom units, with correspondingly lower prices, whereas 222 W80 has zeroed in on apartments geared to families.

Indeed, 65 percent of those who have signed leases so far have children, according to the leasing team, including an empty-nester couple who took a three-bedroom unit so their children could stay over when they visit. The majority of renters so far are from the Upper West Side and other parts of the country.

Despite the effort to create a building in a league of its own, 222 W80 was not designed to stand out on the streetscape, according to the architect, an Upper West Sider himself. True, the building is a tad taller than neighboring towers, courtesy of air rights purchased from nearby buildings.

But the brick facade, with windows framed in cast stone, does its best to blend in with the neighborhood, with its predominantly masonry buildings.

The largest units — with the best views — will be found above the 14th floor, where the building sets back. The rents for some of the units at the top of the building could exceed $25,000.

But as with many other rental buildings in New York in the current market, a year’s lease comes with two months free rent.