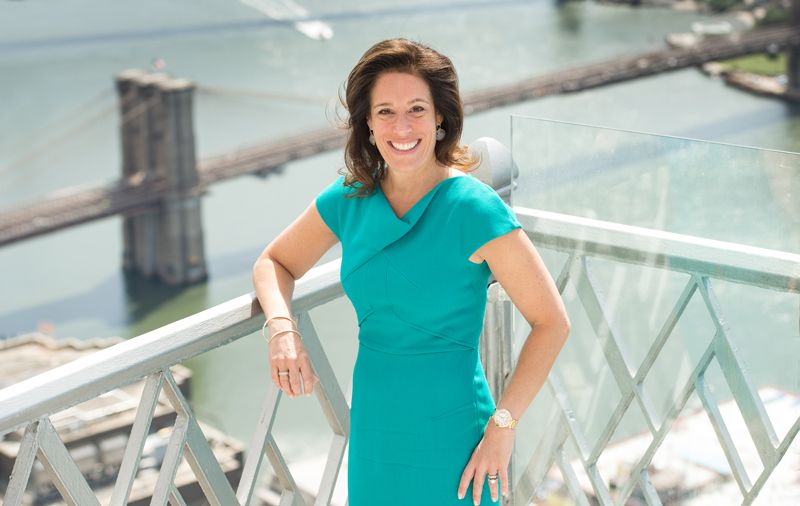 Amy Rose, who previously shared the title of co-president with her cousin Adam R. Rose, has been named the first chief executive officer in the firm’s 90-year history.

As both CEO and sole president, Amy Rose will direct all facets of the company’s business.

Rose Associates has more than $2.4 billion worth of projects in development and manages $15 billion in assets including 14,000 rental units throughout the city.

Amy Rose’s immediate challenge is to find a single strategic equity partner for the first time since the firm was founded in 1925.

“HFF Securities is helping us look for a capital source of programmatic equity for us to continue on an aggressive path of development and acquisition,” she told The Post. “We hope to raise $300 million.”

Having a permanent strategic partner — rather than seeking a partner or co-investor for each project —
“means we can more aggressively bid on projects,” she said. “It makes us more competitive and nimble.”
The new model also means the company will need to put in less of its own money.

It will make Rose “more similar to other institutional development/management firms, as opposed to ‘family,’ ” noted Adam Rose, who will become vice-chairman.

Although various partners own large stakes in many Rose Associates properties, it doesn’t mean the family didn’t have to put in a bundle of its own dough.

For example, although DTH Capital is the majority owner of 70 Pine St., the Roses still needed to put more than $30 million into what turned into a $600 million conversion.

Another of Amy Rose’s goals will be to spread Rose’s reach outside the city — to “transit-oriented development,” she said. “We’re looking up and down train lines in places like New Jersey and Yonkers,” Rose noted.

Rose revealed that the company is partnering with developer Aaron Wexler in White Plains, where they’re converting a former AT&T office building, a few blocks from the MetroNorth station, into 200 apartments — Rose’s first venture outside the Big Apple in decades.

Amy Rose joined the family business in 1989, “after I graduated from the University of Michigan. I was renovating apartments, picking door knobs and rope hooks,” she said, chuckling.

“I’m honored, not only to be recognized as the first CEO of Rose, but also in the context of our world and time.” Although women top real estate executives aren’t unknown, they tend to be at publicly traded companies.

“I might be the only one in the major family realm,” Rose said.

Amy, 51, and Adam, 58, each owns 50 percent of Rose Associates. Their decision to have Amy take up the CEO reins grew out of a shared recognition of where they were at their respective career stages.

“This transition couldn’t happen without the graciousness of Adam,” Amy said. “He wanted to step back from his operational role and work with me and our new team on our continuing new strategy.”

Adam elaborated, “I woke up and had the revelation that I’ve been at it for 34 years. I joined the company in 1983.

In the same time period, he said, “Amy cranked out five gorgeous new buildings. It’s time for her to be CEO and president.”